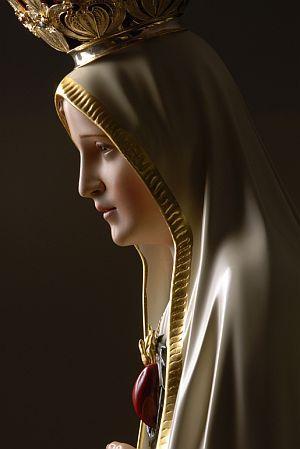 “You have seen hell where the souls of poor sinners go, To save them, God wishes to establish in the world devotion to My Immaculate Heart. If what I say to you is done, many souls will be saved and there will be peace. The war is going to end but if people do not cease offending God, a worse war will break out during the reign of Pius XI. When you see a night illumined by an unknown light, know that this is the great sign given you by God that He is about to punish the world for its crimes, by means of war, famine, and persecutions against the Church and against the Holy Father. To prevent this, I shall come to ask for the consecration of Russia to My Immaculate Heart, and the Communion of Reparation on the First Saturdays. If my requests are heeded, Russia will be converted and there will be peace if not, she will spread her errors throughout the world, causing wars and persecutions against the Church. The good will be martyred, the Holy Father will have much to suffer, various nations will be annihilated, in Portugal the dogma of the Faith will always be preserved but as you have seen, Rome will  lose the Faith and become the seat of the antichrist, an evil Council will be called, Liturgy and The Holy Sacrifice will be changed, Less and less importance will be given to the Eucharist, Churches and altar will be sacked, many Cardinals, Bishops and Priests will be on the road to Perdition and will take many souls with them, the work of devil will infiltrate the Church to her Top, that one will see Cardinals opposing Cardinals, Bishops against Bishops and the demon will press many priests and consecrated souls to leave the service of the Lord but Popes will be also of those who accept compromises and in delaying Lord’s Command this brood of vipers like Juda, will end into misfortune. You have seen the Bishop in white of the Vision, this is the false Prophet and his Church of the end of times, under the control of the Beast, The Church of the Lord and his Vicar will be eclipsed, if Russia is not consecrated at time then God will punish men harder and harsher than He has punished them with the flood, with its secret weapons Russia will be the instrument of chastisement chosen by God, Rome will be destroyed and the False Prophet killed, Fire will fall from the sky and will wipe out a great part of humanity, The survivors will find themselves so desolate that they will envy the dead, in the end, My Immaculate Heart will triumph, the Holy Father will consecrate Russia to Me, and she will be converted, and a period of peace will be granted to the world ”.

My Comment : I will but on May 13th only, by the way I call anyone who might have more information about the Secret to contact me in Private at defatimaagarabandal@yahoo.fr, thank you.

59 thoughts on “The Full Fatima Secret ?”