I bet against Cardinal Pell 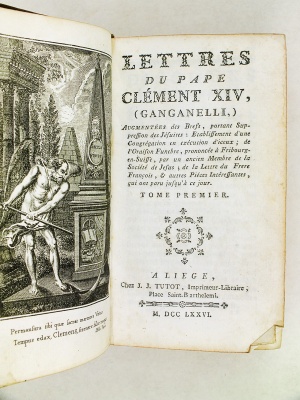 Contradicting the statements of some of the pope’s closest advisors, the Vatican’s financial chief Cardinal George Pell has declared that Pope Francis will re-assert and “clarify” longstanding Church teaching and discipline that prohibits Communion for the divorced and civilly remarried in public adultery without sacramental confession and amendment of life.

In a homily on Monday, Pell stressed the importance of fidelity to the pope, especially today as “we continue to look also to the successor of St. Peter as that guarantee of unity in doctrine and practice.”

Pell was offering Mass at the Basilica of San Clemente in Rome on the feast of Pope St. Clement I, notable in history for being one of the first popes to exert Roman papal primacy to correct the errors in the doctrine and abuses in discipline which other bishops were allowing.

Turning to address the issues at the Synod on the Family, Pell rebuked those who “wanted to say of the recent Synod, that the Church is confused and confusing in her teaching on the question of marriage,” and he insisted that the Church will always remain faithful to “Jesus’ own teaching about adultery and divorce” and “St. Paul’s teaching on the proper dispositions to receive communion.” Pell argues that the possibility of Communion for those in adultery is “not even mentioned in the Synod document.”

Pell asserted that Pope Francis is preparing “to clarify for the faithful what it means to follow the Lord…in His Church in our World.” He said, “We now await the Holy Father’s apostolic exhortation, which will express again the Church’s essential tradition and emphasize that the appeal to discernment and the internal forum can only be used to understand better God’s will as taught in the scriptures and by the magisterium and can never be used to disregard, distort or refute established Church teaching.”

STORY: Vatican Chief of Sacraments: No pope can change divine law on Communion

The final document of the synod talks about the “internal forum” in paragraphs 84-86, refers to private discussions between a parish priest and a member of the faithful, to educate and form their consciences and to determine the “possibility of fuller participation in the life of the Church,” based on their individual circumstances and Church teaching. The selective quoting of John Paul II’s Familiaris Consortio that omitted his statement ruling out the possibility of Communion for those in public adultery has given liberals hope that this “fuller participation” could include reception of Communion.

Pell’s prediction that the pope will side with the orthodox side of this controversy lends two explanations. On one reading, Pell is uncertain what the pope will do in his post-synodal exhortation, but he is using such firm language as a way of warning the pope that he must clearly uphold Church teaching and practice, or else he would risk falling into heresy at worst or grave negligence at best in upholding the unity of the Church.

On another reading, Pell may have inside information, even perhaps from the pope himself, that he will uphold Church teaching and practice on Communion for those in public adultery, that the pope’s regular confidants apparently do not have.

This hypothesis, however, is problematic in that just last week, Pope Francis suggested that Lutherans may “go forward” to receive Holy Communion, contrary to canon law, if they come to a decision on their own, which suggests agreement with the reformers’ line of argument about “conscience.” And earlier last month, the pope granted an interview to his friend Eugenio Scalfari, who quoted the pope as promising to allow those in adultery back to Communion without amendment of life, even though the Vatican refused to confirm the authenticity of the quote since Scalfari does not use notes.

If Pell actually knew for certain what the pope would do, it would also seem to put Pell’s knowledge above that of Cardinal Robert Sarah, who in what could be a warning to Pope Francis, declared last week in no uncertain terms that “Not even a pope can dispense from such a divine law” as the prohibition of public adulterers from Holy Communion.

Several members of the pope’s inner circle have said publicly that the controversial paragraphs 84-86 of the Synod final document have opened the door for the Holy Father to allow Communion in these cases if he so decides. Fr. Antonio Spadaro, SJ, a close friend of Pope Francis and the editor of La Civita Catholica, a prominent Jesuit journal in Rome reviewed by the Vatican Secretariat of State, wrote this week that the internal forum solution for the divorced in adultery is a viable one:

The Ordinary Synod has thus laid the bases for access to the sacraments [for the divorced and civilly remarried], opening a door that had remained closed in the preceding Synod. It was not even possible, one year ago, to find a clear majority with reference to the debate on this topic, but that is what happened in 2015. We are therefore entitled to speak of a new step.

Spadaro’s predictions and interpretation of the Synod are consistent with the public statements of liberal prelates, some of whom are close confidantes to Pope Francis, including Cardinal Schönborn, Cardinal Wuerl, Cardinal Kasper, Cardinal Nichols, and the head of the Jesuit order, Fr. Nicolás. Fr. Nicolás, in particular, first confirmed that there would be an apostolic exhortation of the pope, and said of Communion for those in public adultery:

The Pope’s recommendation is not to make theories, such as not lumping the divorced and remarried together, because priests have to make a judgment on a case by case and see the situation, the circumstances, what happens, and depending on this decision one thing or the other. There are no general theories which translate into an iron discipline required at all. The fruit of discernment means that you study each case and try to find merciful ways out.

Although in the best analysis, Pell’s prediction about what Pope Francis may do in his post-synodal apostolic exhortation remains just that– a prediction—he is drawing a line in the sand that if the pope chooses to cross, would bring the barque of Peter into uncharted waters, where the danger of shipwreck is a very real threat.

My Comment : So I bet against Cardinal Pell, I bet 2 synods and 1 year of Mercy but I am confident as I am already since 2013, anyway we will see because the Spring is near.

One thought on “I bet against Cardinal Pell”