Pope Francis at war with the Vatican ? UPDATE 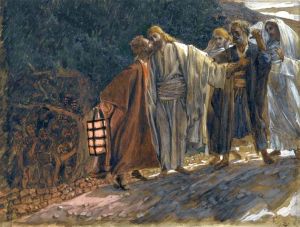 Pope Francis is now effectively at war with the Vatican. If he wins, the Catholic Church could fall apart

Pope Francis yesterday gave an address to the profoundly divided Synod on the Family in which he confirmed his plans to decentralise the Catholic Church – giving local bishops’ conferences more freedom to work out their own solutions to the problems of divorce and homosexuality.

This is the nightmare of conservative Catholic cardinals, including – unsurprisingly – those in the Vatican. They thought they had a sufficient majority in the synod to stop the lifting of the ban on divorced and remarried Catholics receiving communion, or any softening on the Church’s attitude to gay couples.

But in yesterday’s keynote speech, delivered as the synod enters its last week, Francis told them that the decentralisation will be imposed from above.

While deliberately referring to himself as ‘Bishop of Rome’, to underline his solidarity with local bishops everywhere (as opposed to the Roman Curia – i.e., ‘the Vatican’), he invoked the power of the Supreme Pontiff to overrule mere cardinals. ‘The synod journey culminates in listening to the Bishop of Rome, called to speak authoritatively as the Pastor and Teacher of all Christians,’ he said. This is more authoritarian language than I can remember Benedict XVI using as pope. It means: I call the shots. In the end, you listen to me, not the other way around.

One statement in particular horrified the conservatives. Francis told them that ‘the sense of faith impedes the rigid separation between the Teaching Church and the Learning Church, because the flock possesses its own “sense” to discern the new roads that the Lord reveals to the church…’ Meaning? We shall have to wait until the Pope delivers a final response to the synod next year.

This is such a startling development that it deserves fuller analysis once the synod is over. I was going to say ‘once the dust has settled’, but I don’t expect any dust-settling in the foreseeable future – at least until after the next conclave, which lots of conservative Catholics want to happen as soon as possible.

1. This is the synod at which the African church flexed its muscles. And it’s very conservative. Cardinal Robert Sarah from Guinea declared that the gay lobby was as much a threat to Christianity as ISIS. Sarah is Prefect of the Congregation for Divine Worship and therefore a top-ranking curial cardinal. But in his ‘intervention’ he wanted us to understand that he was speaking on behalf of nearly 200 million African Catholics. Whether he really represents them is a matter of opinion, but I doubt that many of them would dissent from the cardinal’s (literal) demonisation of homosexuality. NB: Sarah and other African cardinals aren’t saying ‘We’ll never tolerate communion for the divorced and remarried etc – but so long as you leave us alone, western dioceses can do their own thing’. They are saying the existing prohibitions must apply to the entire Catholic Church. Sarah regards Cardinal Kasper’s proposal to allow local bishops (meaning, in practice, local priests and probably divorcees themselves) to decide whether they can receive the sacrament as heretical.

2. The more liberal Synod Fathers, sensing that Pope Francis will use the papal trump card on their behalf, have all but endorsed a version of the Kasper plan – and may soon allow priests to put it into practice. Archbishop Blaise Cupich of Chicago (a Francis appointee who will soon be a cardinal) gave a press conference on Friday in which he said the following about communion for the divorced and civilly remarried: ‘[People must] come to a decision in good conscience…Conscience is inviolable and we have to respect that when making decisions and I’ve always done that.’ If by that he means that divorced Catholics can make up their own minds ‘in good conscience’ about receiving the sacrament, that puts him at odds with Cardinal Timothy Dolan of New York, one of the signatories of a letter also signed by senior Vatican cardinals warning the Pope that his synod could tear the church apart. Of all the routes to schism, squabbling in public about Holy Communion is the quickest.

3. Pope Francis is no longer trusted by many conservative Catholics, and the number who don’t trust him has grown enormously since the synod process – which I think he has gravely mismanaged – began last October. Priests and lay Catholics who originally liked the man if not his liturgical style, and thought he was fundamentally conservative despite his impromptu ‘who am I to judge?’-style comments, now believe he threatens the unity of the church. Some liberals agree that disunity is inevitable but reckon the Holy Spirit has already factored that in: eventually, Africans will come to share their own compassionate impulses towards Catholics who have been forced by the turmoil of modern life to bypass church teaching on sexual behaviour. They’re hoping for a miracle, in other words. In the meantime, they have become the new ultramontanists.

4. It’s not entirely clear what the Pope means when he talks about ‘synodality’, but it certainly doesn’t involve empowering the curia. By brushing aside a letter from the prefects of the Congregations of the Doctrine of the Faith, the Congregation for Divine Worship and the Secretariat for the Economy, Francis was distancing himself from the Vatican. He may not have decamped to Avignon, but his refusal to live in the papal apartments is looking more significant by the day. He has picked a fight with the Vatican – and that is something popes do at their peril. Cardinals Müller, Sarah and Pell (and other important cardinals too nervous to sign the letter) see the curia as the guardian of the Magisterium, the deposit of faith. It was to preserve that deposit that St John Paul II centralised the church. Conservatives interpret Francis’s speech on Saturday as a manifesto for reversing that process – and, at a deeper level, marginalising the legacy of John Paul, which contains teachings hard to reconcile with the current pope’s agenda. So, in their eyes, Francis is taking on the greatest pope in modern history – who, now that he has been canonised, is officially recognised as a supernatural presence in the life of the church. He may even be trying to change the nature of the papacy itself – and during the lifetime of his predecessor, who must be wondering whether God really intended him to resign.

There are other things to say about the impact of Francis’s attempted revolution on secular and religious divisions that are widening outside the church, all over the world. But that’s for another time. My final thought is that, if the Pope wants to make far-reaching changes to pastoral practice, even to doctrine, then there are smarter ways of achieving this than by hosting a catastrophically divided synod and then hinting that he intends to do his own thing anyway.

My Comment : This is the worst scenario envisaged by some, if confirmed, it’s just the END of the Catholic Church, this will give us a new Church in pieces like the Protestant, a nightmare, an open door to hell, a kiss of Judas, a naughthier, call it as you want, as I said if Confirmed, this is a call to the Garabandal Warning, as only God could stop it, this scenario will confirm of course that this Synod was the Synod indicated in Garabandal, we’ll then understand why this Pontificate has not been taken into account by the Lady of Carmel, this will also confirmed what I have been told as well, let’s Pray as we are in trouble.

UPDATE :  After publication of the Synod final document yesterday evening, the 2 red lines about Pope Francis and his supporters are no longer needed and therefore erased, thank you.

12 thoughts on “Pope Francis at war with the Vatican ? UPDATE”